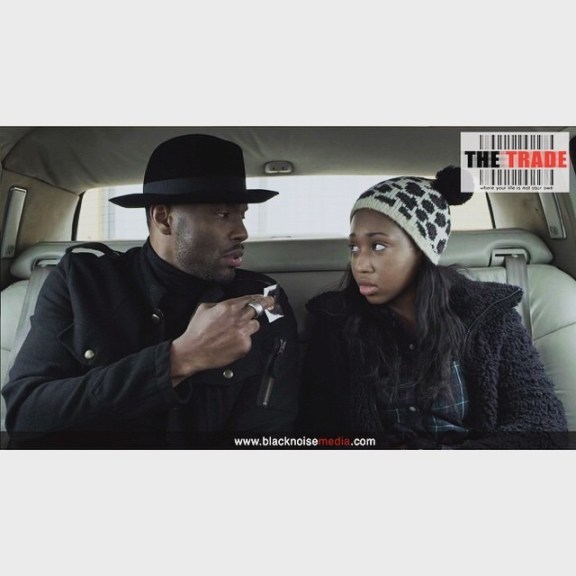 “The Trade” is careful in unfolding its story, yet executes the action quickly. The feel of the entire pilot presentation is rightfully eerie. Pinckney does an admirable job in creating a foreboding visual tone complete with high production values.”    — Shadow and Act / Indiewire

‘The Trade’ follows a day in the life of Baby Girl (played by newcomer Prentiss Marquis), a young prostitute searching for her mother, and an award-winning photojournalist (played by Dan O’Brien) searching for his missing daughter. Tobias, who Shadow and Act/Indiewire says, “also stands out early” in the film, undertakes the role of Tyson, aka “The Champ,” Baby Girl’s overprotective, territorial, and flamboyant pimp. Having come from a long lineage of pimps, the virtue of pimping is all Tyson knows. He lives by the code. Throughout the unpredictable storyline, the lives of several disparate people intersect and their destinies intertwine in a remarkable way.

Tobias, a longtime youth multimedia-arts instructor at the Dr. Marion Bolden Center in Newark, NJ, says his involvement in ‘The Trade’ made him alarmingly cognizant of how susceptible inner city girls are to the sex trafficking pandemic.

“With the Internet/social media being a major part of everyday life, human trafficking has become easier and more lucrative. Unfortunately, pimps like Tyson, who I portray, often prey on and recruit young women who come from dysfunctional homes and live in poverty. I think a strong family structure and organizations that provide positive outlets for young men and women definitely help prevent vulnerability to these tragic crimes.

“the trade” | TEASER from Michael A. Pinckney on Vimeo.

REQUEST A SPECIAL FILM SCREENING AND DISCUSSION SERIES: Includes screening by filmmakers, followed by a Q&A session with filmmakers as well as the film’s consultant and Human Trafficking Survivor Specialist, Chong Kim.

Spread the love
No Tags